Visit Japan’s Tokyo, Hakone and Kyoto and then China’s Shanghai, Xi’an and Beijing.

Take in Japan’s neon capital, Tokyo, before journeying at bullet speed on the world-famous Shinkansen train. Hole up in a ryokan-style escape in Hakone National Park and get an inside look into Kyoto’s geisha culture. Fly to Shanghai, China, to stroll around its Ming Dynasty-era gardens. Xi’an’s formidable Terracotta Warriors are a must-see as well as Beijing’s impressive sites such as the Forbidden City, a landmark of enduring imperial power. Then there’s the Great Wall of course, a man-made wonder of the world.

DAY 1
Arrive Tokyo, Japan
On arrival into the capital, you will be met by an A&K representative and whisked to your hotel on the moat of the Imperial Palace. If you’re looking to unwind after the flight, we suggest doing this in the hotel’s Evian-themed spa, a monochrome escape with a marble sauna. Or stretch your legs around the palace grounds, a serene setting with mirror-like moats, stone bridges and verdant gardens.

DAY 2
Tokyo
Discover the metropolis with a savvy private guide and vehicle for ultimate flexibility. Perhaps visit the famed Tsukiji Fish Market, the largest in the world and over 80 years old, or don a kimono for a tea ceremony where you’ll sip matcha on traditional tatami mats. The city’s futuristic neon lights beckon with its iconic fashion district, Harajuku, frequented by trendy youths. Watch Pokémon and manga come alive in the wall-to-wall anime shops in the Akihabara district.

DAY 3
Tokyo
Take the day to explore under your own steam. Armed with a PASMO pass, you’ll easily navigate the efficient underground system. You could spend days perusing Tokyo’s world-class art galleries. Families could learn the art of ninja in a fun class practising the stealthy steps and how to throw stars. In the evening, why not go on a bar crawl of the city’s coolest izakayas (Japanese pubs). We can recommend top-notch sushi counters and robot restaurants. You’re never far from a Michelin-starred eateries – 234 to be precise.

DAY 4
Tokyo – Hakone
Check out of your hotel and hop aboard the famed Shinkansen, universally known as the Bullet Train. As you glide out of the station, watch the city give way to rural scenes - on a clear day, you can see Mount Fuji in the background. From bright lights to country life, zip 35-minutes to Odawara Station where you’ll switch to another train that winds up the mountainside. Disembark at the small town of Hakone and journey to your chic ryokan-style hotel. End the day with a soak in the open-air onsens.

DAY 5
Hakone – Kyoto
After breakfast, hop on the bullet train to Kyoto where you’ll be met by a rep and driven to your downtown hotel. A far cry from Tokyo’s bright lights, welcome to ancient Japan, a city of traditional tea ceremonies and thousand-year-old shrines. Later this afternoon, join your guide for a walking tour around the geisha district, Gion, followed by dinner hosted by a modern-day maiko (trainee geisha).

DAY 6
Kyoto
You have the day to explore the former imperial capital with an expert guide. Visit sites such as the UNESCO-credited Nijo Castle with its impressive gardens and Kinkaku-ji, otherwise known as the Golden Pavilion, splendid above its reflecting pond. You’ll stop at Kiyomizu-dera temple for sweeping city panoramas. Then take a stroll around the Zen Buddhist temple of Daitoku-ji and its 22 sub-temples. One of these is Daisen-in which was founded in 1464 and boasts one of Japan’s most impressive rock gardens.

DAY 7
Kyoto – Shanghai
Today you will be driven to the airport in good time for your flight to Shanghai in China. Meet you’re A&K representative who will transfer you to your hotel on the post-card worthy Bund. Unwind by the pool with river views or ask your guide to reserve you a table at a waterfront restaurant.

DAY 8
Shanghai
Take the morning to explore the Old Shanghai. While there’s not a huge amount of antiquity left in the city, your savvy guide will help you discover the old-world alleys and architectural gems. Don’t miss the Yuyuan garden, a 16th-century garden built by a Ming Dynasty official for his elderly parents. Stroll around sculptural rock formations, rambling pathways and its famed ‘dragon walls’ made up of intricately-tiled dragon heads. You have the rest of the afternoon to explore new Shanghai at your leisure.

DAY 9
Shanghai – Xian
After breakfast, head to the airport for your flight to the ancient capital of Xi’an where you’ll be driven to your hotel set in the former Imperial Palace grounds. In the afternoon, eat your way through the Muslim Quarter’s food stalls serving traditional barbecue snacks and fried pancakes.

DAY 10
Xian
After breakfast, journey to China’s famed Terracotta Warriors, a life-size clay army guarding the mausoleum of the first Emperor of the Qin Dynasty. Pull up next to the pits and walk around the platforms of the subterranean display. This legion of formidable soldiers is every bit as spectacular as you would imagine, over 2,000 years old, lined up in battle formation. Make sure to stop at the two bronze chariots and pop into the Shaanxi History Museum, boasting nearly half a million artefacts.

DAY 11
Xian – Beijing
This morning, take a high-speed train to the capital of Beijing where you’ll be met and driven to your hotel. After checking in, head to a major highlight, the Forbidden City, with over 72 hectares of ancient palaces. Then take your first glimpse of the vast Tiananmen Square, the symbolic heart of the city.

DAY 12
Xian – Beijing
Wake up early and journey to China’s star landmark, the Great Wall. Visit the Mutianyu section, a little off-the-beaten-track with fewer crowds. Ascend the steep steps through ancient watchtowers or take a cable car to the top. From the summit, you’ll see mighty views of rolling rural country and unravel 5,000 years of history with your expert guide. After marvelling at this manmade wonder, head back to the city to explore the 15th- century Temple of the Earth and a ride around Beijing’s old hutongs (narrow alleys) in a pedicab.

DAY 13
Depart Beijing, China
Today you will be met and driven to the airport from where you will depart.

Holiday Name : Cultural Riches of the Far East
Reference : A&K
The price shown is a guide - based on two people sharing.,

Your holiday will be tailor-made to suit you and there are many factors that can influence the price, such as standard of accommodation, class of flight and time of year. Ask your travel specialist for more information. All prices and details are subject to change and availability. 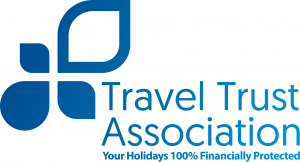 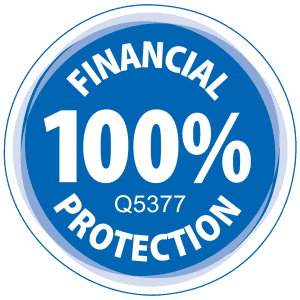